Here’s a fascinating interview with Qantas captain David Evans, who discusses his role in safely bringing down Flight 32 after engine 2 blew up on Nov. 4  just after takeoff from Singapore. Evans discussed how he as a check captain supervisor watched another check captain who was checking the captain in command of the A380. It was sheer luck that three very experienced captains were on board for they would all be needed.

The interview was published on The Aerospace Insight blog of The Royal Aeronautical Society.

He dispassionately reviews all the calculations and actions the flight crew had to perform after myriad system failures. It took two more hours in the air flying the crippled A380 to figure what they had to do to land safely. Once the aircraft was on the ground in one piece, it took another two hours  to get the 433 passengers off the plane. Remaining on the plane was dangerous because the landing gear was red hot with fuel spilling out nearby. And the engines, severed from their controls, would not shut down (see video).

Click below to listen to the interview or here to read it.

But pilot experience paid off and all the courageous but calculated decisions they made were right given the auspicious end to what could have been a catastrophe . Here’s an excerpt:

“I think most probably the most serious part of the whole exercise, when you think back at it, was the time on the runway after we’d stopped. Because we were very concerned and conscious of evacuating the aircraft using slides. We had 433 passengers onboard, we had elderly, we had wheelchair passengers, so the moment you start evacuating, you are going to start injuring people. So a lot of discussion was had on the flight deck about where was the safest place for the passengers? We’ve got a situation where there is fuel, hot brakes and an engine that we can’t shut down. And really the safest place was onboard the aircraft until such time as things changed. So we had the cabin crew with an alert phase the whole time through ready to evacuate, open doors, inflate slides at any moment. As time went by, that danger abated and, thankfully, we were lucky enough to get everybody off very calmly and very methodically through one set of stairs.”

Upgrading Desktop PC require work and research, but it handsomely pays off 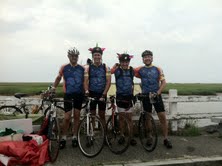