Newspapers Need to Sweat the Small Stuff in Social Media

A widely-publicized Gartner survey says newspapers are missing out on the social media revolution. Newspaper search is below par next to Google or Yahoo and they have failed to integrate social media into their “content ecosystems.”

Those are the survey’s macro conclusions. Allow me to share more localized observations  many of which I’ve thought about for a long time that support Gartner’s conclusions.

It took eons for newspapers to include reporter’s email addresses at the end of stories, implying that newspapering was a one way conversation. Some still don’t. Methinks it is not a waste of space.

The message was “We talk to you, but you don’t talk to us.” It was arrogant and now the chickens are coming home to roost with newspapers in a tailspin. When I returned to IT newsweekly PC Week in early 1991, I put my email on every weekly column and slowly, others adopted the same practice, seemingly small at the time. And I tried to respond with a “thanks for your note” in appreciation that they were willing to spend the time writing regardless of whether they agreed, disagreed, praised or railed at me. I was also guilty of arrogance, too, but that wore off a long time ago.

Here’s another example. The Boston Globe for which I written for many years and dearly love as evidenced by my dropping $400 once again to get the dead tree edition for another year uses a Twitter feed (I think it’s GlobeRedsox…Twitter is “stressing out” so I cannot find it) to send out tweets on the Red Sox. Last time I looked,  it had a following of  3,500 or so and was following eight which were other Globe sports team feeds.

Granted, this is probably an automatic news feed, but someone has to look at and manage those tweets. Shouldn’t they be listening to its readers and/or fellow twits? I suppose the Globe should get credit for having a Red Sox Twitter feed, but it needs to follow all those that follow it. The newspaper, which I sense does a decent job with social media relative to its peers, has many sports blogs where readers can liberally comment, but they shouldn’t they be able to Twitter into the Globe as well?

That the Globe sees fit not to follow anyone on that Twitter account reinforces the notion that the newspaper as a mighty institution doesn’t need to listen to constituents. At minimum, it could follow all those that follow them and  blithely ignore the reader tweets. The message would be “we appreciate you following us so we’ll follow you and we think Twitter is important.” That’s a powerful and important statement.

Lately, I have been trying to follow some journalists and editors on Twitter and many are still are nowhere to be seen. The same applies to Facebook although many journalists are doing a good job on their own initiative. If I was the editor, I’d be telling my charges to get their butts on Twitter and Facebook as well as integrating those mediums into the brand.

I’ve heard comments like “Twitter is stupid” or “I don’t get Twitter.” Any newsperson who doesn’t immediately recognize its value as an ideal realtime news delivery mechanism might consider a new profession (given the state of newspapers, they probably are anyway). When Twitter “Find” comes back up, I’ll see if the scribes at my local newspaper (not the Globe) are Twittering.

I have yet to find a newspaper that has figured out how to survive much less thrive in the Age of Social Media. Someone told me the Austin Statesman is doing well, but it’s hard to tell from a financial perspective because it is owned by closely held Cox Newspapers. When I do, I will duly note it in this space and share their success story. 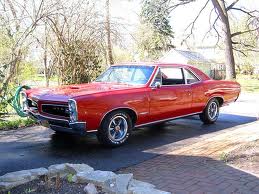 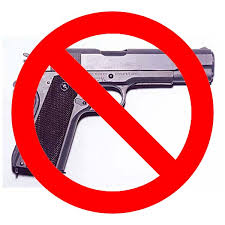